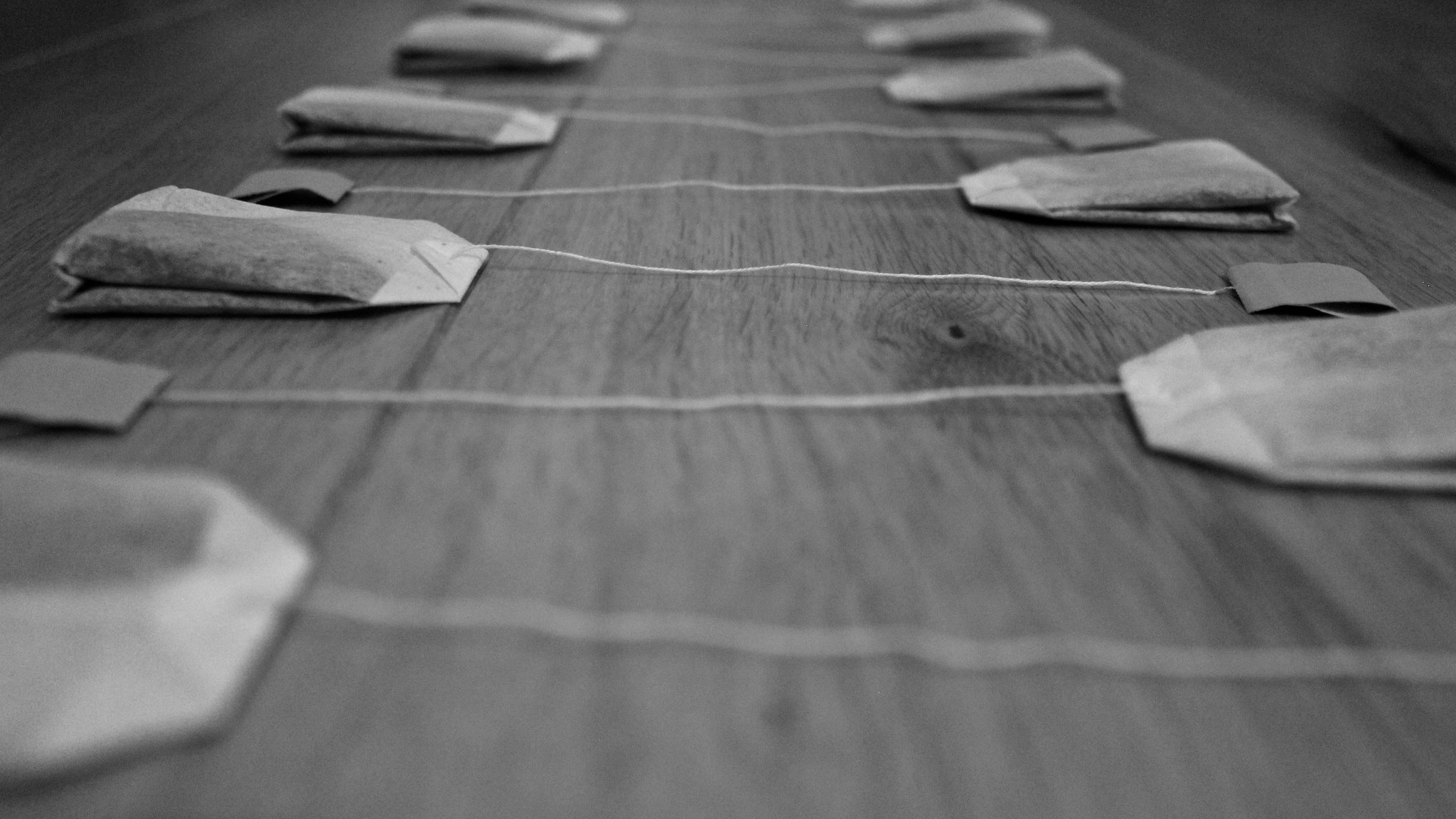 I’m moving through the pre-production stages of my first film of 2015, I’m waiting for a reply from arts college.

I think one of the best and also weirdest parts of creating films is the small research projects you have to take on to make your ideas possible; with Group Eighteen I needed to know what paint types worked best on Morph Suit fabric, with Disposable I needed to design a suitable case for my ‘camera’ prop that would allow it to be thrown about without deteriorating or causing too much noise, with The Leak I had to design prop blood and a disposing system that would give an authentic looking wound on camera, the list goes on. With this current film I have spent some of my time working out the best way to place a teabag into a mug so that the brewed tea doesn’t mix with the clear water, which really has no purpose outside of the very specific needs of this current film.

It’s made me wonder about the needs of being a film maker, or a photographer. I find it interesting when I see people close to my age already finding the ‘success’ I would like to obtain, and how they have achieved that. It makes me reflect on my own decisions, and although I can be quite doubtful, I know that if I continue to focus and work hard that results will come.

Unfortunately I can’t be out filming/photographing all the time because I work a lot; and that work is just as important as doing direct film work. I wish sometimes that I could have the spare time to do projects (and thankfully I will have more time moving into the summer when the hours of light are longer) but sometimes you have to trust in the judgement of people more experienced in life than you, in this case my parents, and stick to the guides that they think are best. So focusing on work is my priority, but I am still doing a lot of art work, including watching films, writing drafts and producing films.

I’m in the process of finishing the advertising board my workplace asked me to design, which includes a large portion of my own photography. Hopefully the current film can be finished by the end of next week, it gets me down when I don’t have things to show the effort I’ve been putting in, because if you can’t communicate it, nobody knows it’s happening!